Boys Age are a lo-fi pop band based in Saitama, Japan and they’ve remained one of my favourite new and emerging artists of recent times for some time now. This new record “The Inner Moon” comes at one of their most active periods, having just released two other new albums – “Forbidden Summer” on Some Weird Sin Records and “Calm Time“, which just saw a cassette release on Burger Records and Soda Cop Records.

This newest record “The Inner Moon” captures Boys Age’s signature off-kilter pop sound but, like each album they continue to make, it feels vastly different to the record which comes before. Each Boys Age record has a signature flavour, this one in particular comes full of jazz-chords and is predominately driven by the chorus-tinged guitar lines that propel the record into a different league.

Tracks such as “Sour” and “Black Gold” are hazy tracks to spend a lazy day jamming and they really take you a-back, as you’ve probably never heard a song this chill before in your life. Other songs such as “The Dark Side Of The Moon” and “Let’s Hold Hands” are spacey stoned tracks that really breathe and give you room to absorb what you’re listening to. The highlight of the whole album is the closing track, “We Are Still Together” which opens with an almost Connan Mockasin-esque dialogue, progressing into a wavey weird-pop track that evokes thoughts artists like Ariel Pink or even Television.

“The Inner Moon” is available on cassette and digitally from the wonderful Citrus City Records. 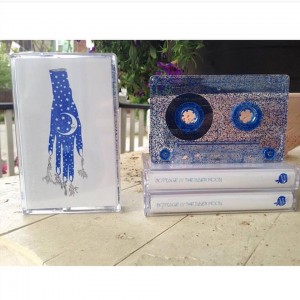