Ohioan Derek Winkle belongs to the subset of mysterious musical denizens who have turned to the cassette tape in the pursuit of Musical Enlightenment. With “Bad Jazz,” recorded under the moniker I am loving it™, Winkle turns in a carefully-crafted, decidedly unique performance of bedroom synth drones, post-rock ballads, and lo-fi piano rondos. Where many of the offerings on Bandcamp cling tightly to genre molds, the tags accompanying “Bad Jazz” – from abstract to modern classical – serve as signposts along the road.

Though some artists’ experimental forays end up a jumbled, halfhearted volume of mismatched sounds, “Bad Jazz” is decidedly the result of Winkle’s ear for continuity. Minimalist synth zones (“loose teeth”) and chaotic drum solos (“as shallow as they come”), moody upright piano/guitar duets (“0-99″) and country-tinged post-rock slides (“thanks, Scott”), ghostly IDM (“lllauuundryyy daaayy”) and pastoral ambient washes (“I76E”) flow into one another in the open arms of the album’s all-encompassing mic clipping and tape hiss.

Highly recommended for fans of the organic quirkiness of lo-fi visionaries such as Ween and Guided by Voices or experimental contemporaries like Zach Phillips and Mormon Toasterhead. To accompany the digital release, Winkle has a number of cassettes available on his Bandcamp page, each J-Card consisting of a unique, hand-developed photograph. 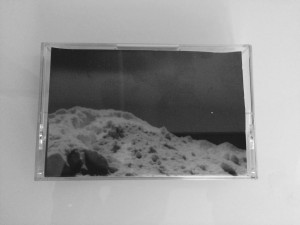