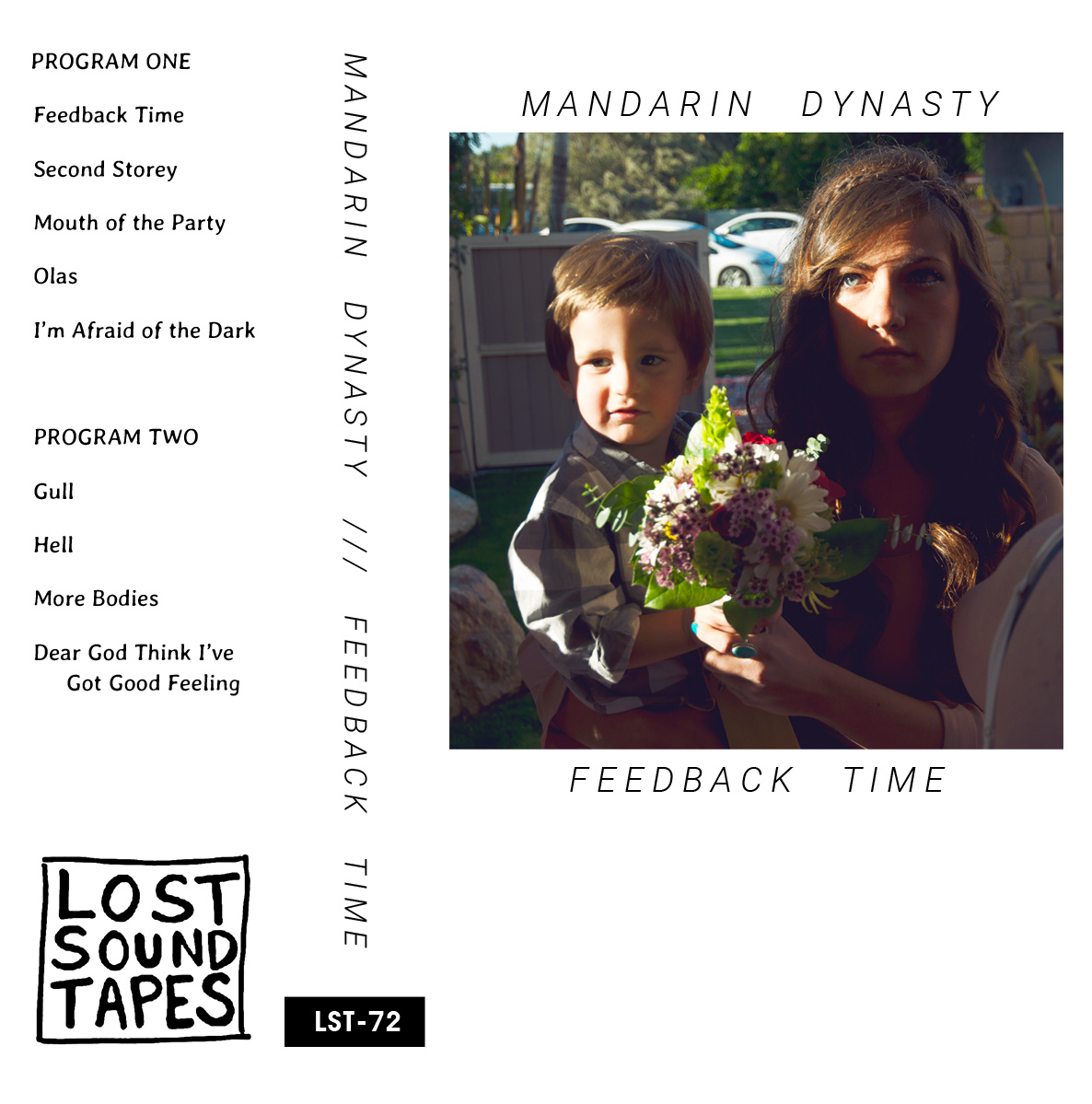 This is the third album, and first on Lost Sound Tapes, by Mandarin Dynasty, a long time musical project of Mike Sherk based in Portland by-way-of San Diego. It was recorded by Zach Burba of iji in the spring of 2012 at the beloved home and music venue the Funny Button. 3 years later, it’s now ready for release. You can feel Burba’s presence throughout the course of the album, between his production and performances across the album’s 9 songs.

“Feedback Time” explores the intersection between (mis)communication and detached daydreaming of distorted Marshall stacks. It can also be interpreted as a feedback loop between Burba & Sherk and the influence they’ve shared with each other during the course of the last 5+ years. The two have toured together, shared ideas, and recorded together in numerous states across the US.

Cassette tape made in a first edition of 100 copies.
Black cassette shells and hand stamped white labels with green ink.