Darling Recording’s “FLANCH”: So Much More Than Just an Avant Rap Project

“FLANCH,” the latest release from Darling Recordings is equal parts complex and infectious; born out of a place of conflicting ideologies from writer and producer Peter Timberlake with co-production from Ben Peterson and contributions from artists such as Indianapolis rapper Devin Dabney, Chicago-based musical theatre singer and actress Krystal Worrell, Los angeles-based “Trackless” frontman Jeremy Jones, Bloomington singer-songwriter Stone Irr and local Indianapolis rap star Sirius Blvck. The album itself, musically, combines hard-hitting rap verses, moments of melody, ambient and noise tracks, a blend of human and inhuman sounding voices and seconds of deliberate silence. Listened to out of context, “Flanch” is an undeniably solid avant garde rap album; each track on the album is arranged, performed and produced deliberately and could stand alone as an audio art-piece, but to listen to the album without context simply does not do this project justice.

Producer Peter Timberlake is the former worship leader of a Christian mega-church for six years, turned current non-believer. The album explores the intersection of faith and faithlessness; where religion and secularity cross paths and walk alongside each other; where Christianity meets consumer pop-culture; where old testament scripture from the book of “Song of Solomon” poetry meets tinder messages, all situated together in the context of the album with the help of artist Devin Dabney in both concept and contribution of original content, per request of Timberlake:

“I asked him to write some, ‘stuff you might see on a tinder chat, but between two automated sex bots, and if tinder was actually a christian dating site’ or, ‘a worship album for people who forgot about god.’ And that’s what he came up with, but so much more distilled,” -Producer Peter Timberlake

With this context in mind, the album takes on a whole new layer of complexity and depth on top of the melded fusions of genre that combine so beautifully in this project and make it already so unique. The background foundation of this album is what makes it not just a first-class avant rap project, but rather into a musical tableau depicting the wrestling intersection of clashing dogmas which must somehow reconcile within themselves. “I think a lot of people have a complex relationship to religion, which can’t be very cleanly described, and I think those will be the people who have a special relationship to the project,” Timberlake says, but rest assured, even for those who have not shared this same dilemma, “FLANCH” remains an album full of hot tracks with complex musicality, solid beats and hard-hitting lyrical delivery.

Be sure to pick up a copy of “FLANCH” here, now in it’s second pressing 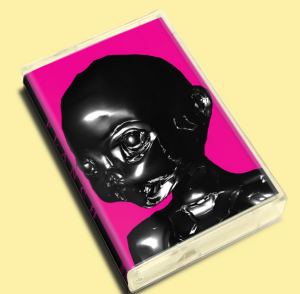