Father Mountain’s debut release, On Leaving & Being Left Behind, is set to be released on cassette via Antique Records.

Father Mountain combines an “emo revival” sound, which quickly transitions into a more alternative aggressive sound. The first track contains a slowed down pace, which suddenly erupts towards the end. Even though it was released last year, I knew I was going to be listening to this release 10 times a day after the second track, bones. The third track gives me a mansions sort of vibe, the way it is produced. Except for when front man Zane Martin’s voice grows powerful. The next two songs combine for a time topping 17 minutes. This release is a gem for anyone looking for new emo/alt/indie music. 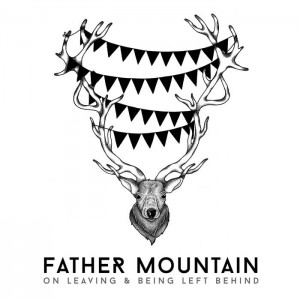 On Leaving & Being Left Behind, will be released on limited edition cassette and digital retailers September 25.