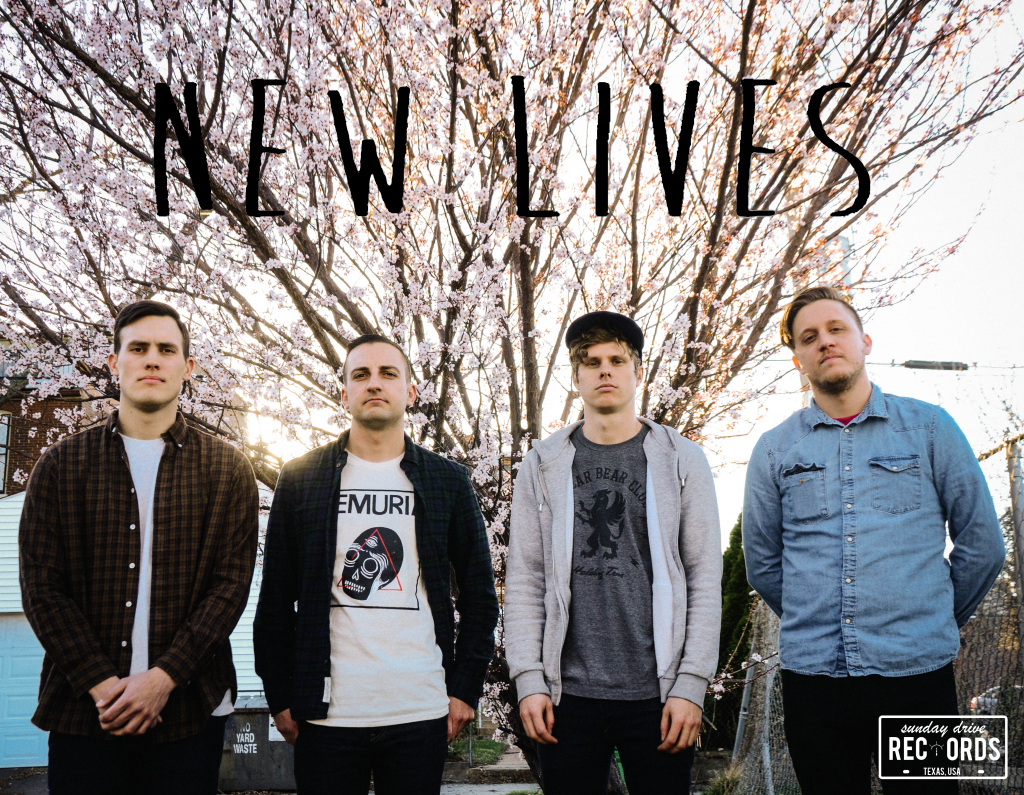 We are pleased to announce that we will be releasing New Lives’ debut EP titled, In Passing. Formed in 2015 from St. Louis, MO the band has been able release a well written and produced debut album that deserves much attention. Absolute Punk gave the album a 7/10 and stated:

“It’s an enjoyable and well-written enough album that that can be put aside for thirteen minutes. It fits in well among contemporaries, and it’s a more than respectable tribute to musical forefathers.”

With all of this being said it’s very evident that we are excited for this release and work with these talented musicians. Pre-orders will be announced soon, but for now, be sure to stream the EP, read about pressing info and follow the band by clicking below:

*Both with black ink imprints

In Passing by New Lives

Sunday Drive Records is an independent record label based in Texas that was started in 2015 by some friends who share the same passion for music. The goal of this record label is to simply help great musical artists by providing physical albums, promotion, booking, & graphic design.